I created this week's cover of Parade Magazine, one of the most highly-circulated magazines in the US, with weekly readership of 70 million people. To accompany their article about rebuilding America's schools the editors wanted me to show an old school being rebuilt into a new, modern one. I personally like the older school better... ;)

The school bus is from my book, Cool Cars and Trucks. 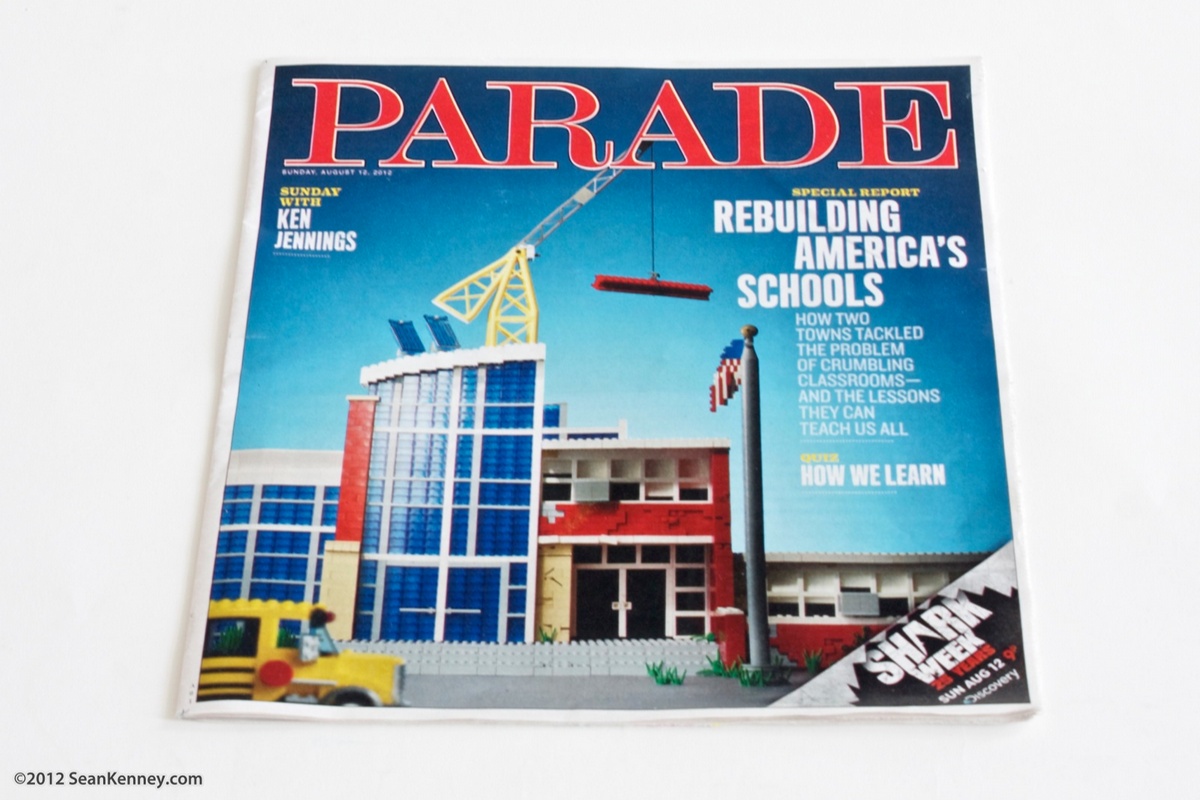 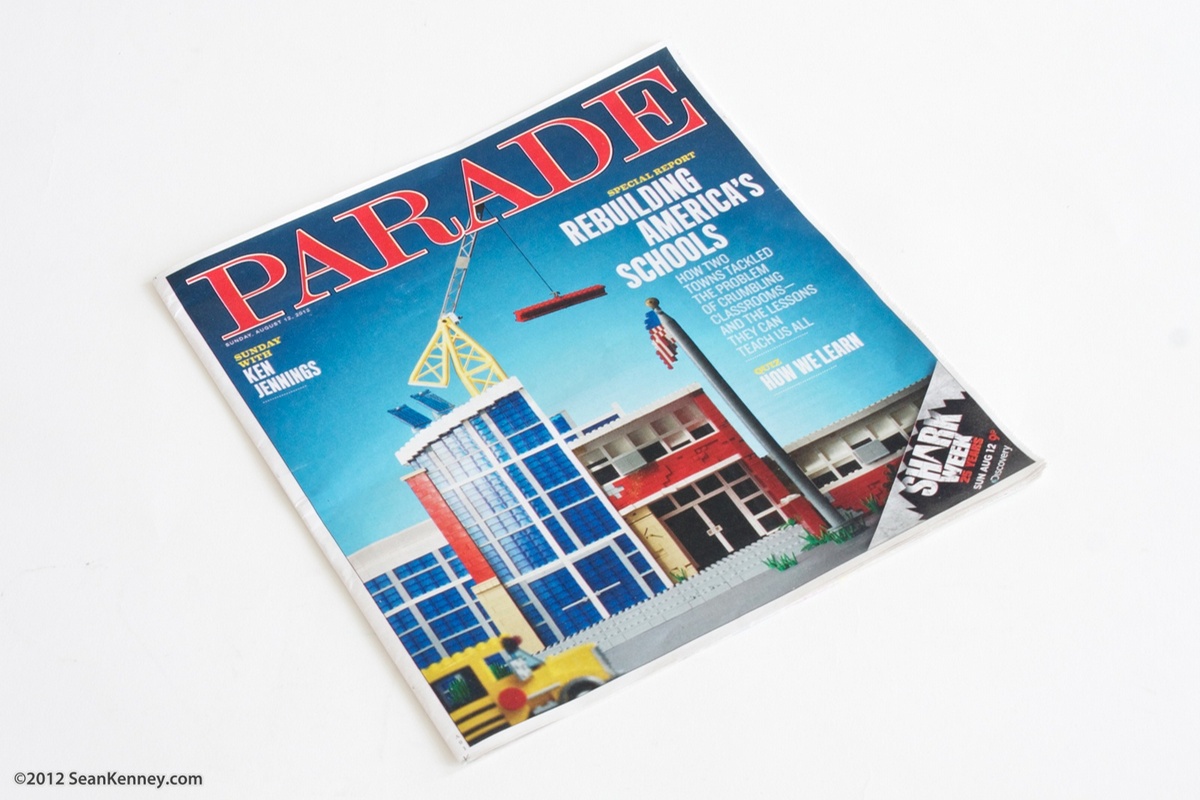 The magazine also filmed a companion video with some tips. I'd like to apologize for the quality of the video, I didn't film, edit, or produce the video... I just stood in front of the camera ;)