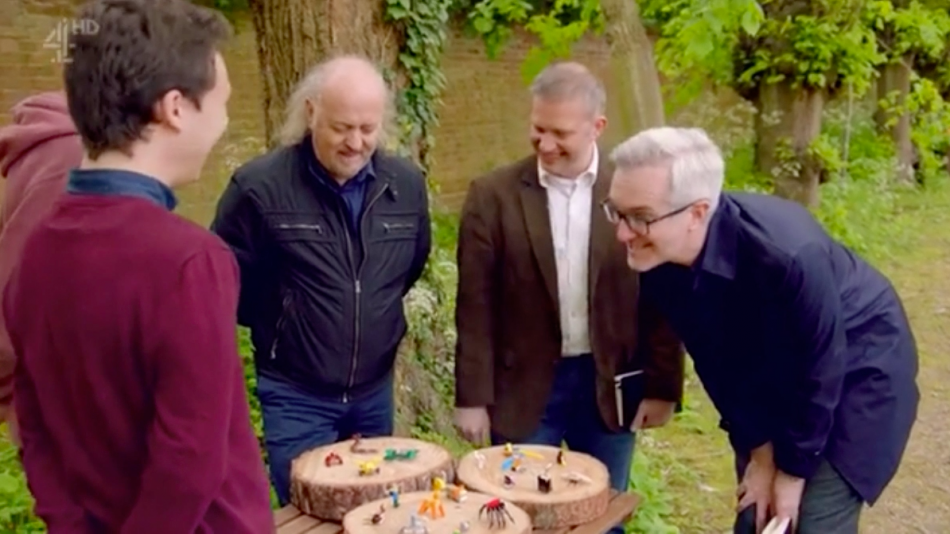 The new British television series “LEGO Masters” is a new reality show that premiered in August 2017, and seeks to find the UK’s greatest LEGO builders.  LEGO Masters Jamie Berard and Will Arnett FOX

As an expert in LEGO building (and specifically natured-themed LEGO building) I was invited to guest-judge the third episode, which featured a nature theme.  Together with comedian and musician Bill Bailey and VP LEGO product designer Matthew Ashton, we reviewed the builder’s creations as they were installed in the English countryside and weighed in on their techniques and their creativity. Watch the episode online (available until October 14, 2017)  Sean Kenney. LEGO® MASTERS US starring Will Arnett is to air on FOX and be produced by Endemol Shine North America, Tuesday’s Child and Brad Pitt’s Plan B Entertainment. Visit Sean's exhibits
Work with Sean
More like this
2017
Media coverage
About the studio
Sean Kenney is a renowned, award-winning artist who uses LEGO pieces to design and create contemporary sculpture, travelling exhibits, childrens books, and commercial products.
Contact us