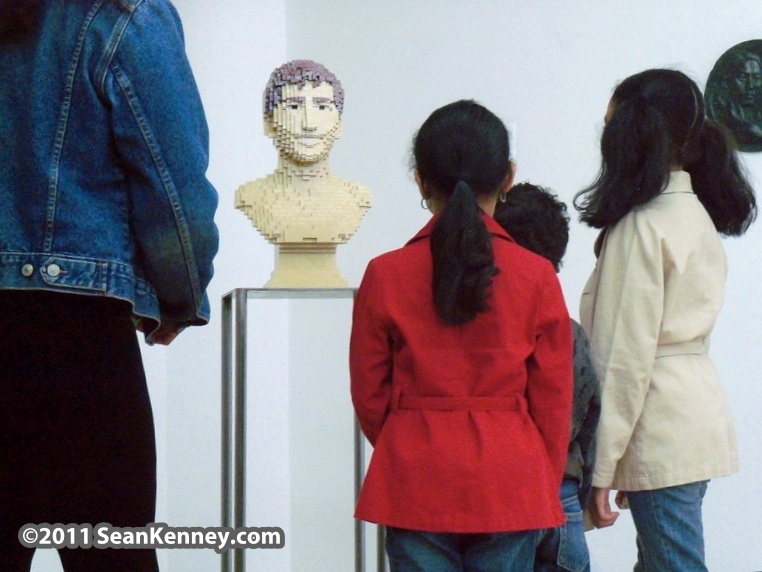 I was invited to serve a lead role in this years festival, and contributed by opening my studio to the general public for a weekend, showcasing my sculptures at the Long Island City Art Center Gallery, and making a custom mosaic for the show. 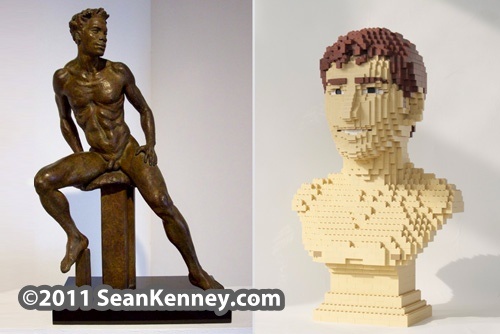 The Plasticity of Clay, the Rigidity of Plastic

Normally when you think of plasticity, you imagine fluid forms that are malleable. And when you normally think of stone, you imagine something rigid and hard. Together with artist Eunnye Yang we decided to show you that the opposite can be true! LEGO sculptures are hard and rigid, despite being made out of plastic. And bronze sculptures can be organic and lively, despite being made of stone. The show featured pairs of sculptures that directly compared the two media and how an artist can work within the constraints of their media. 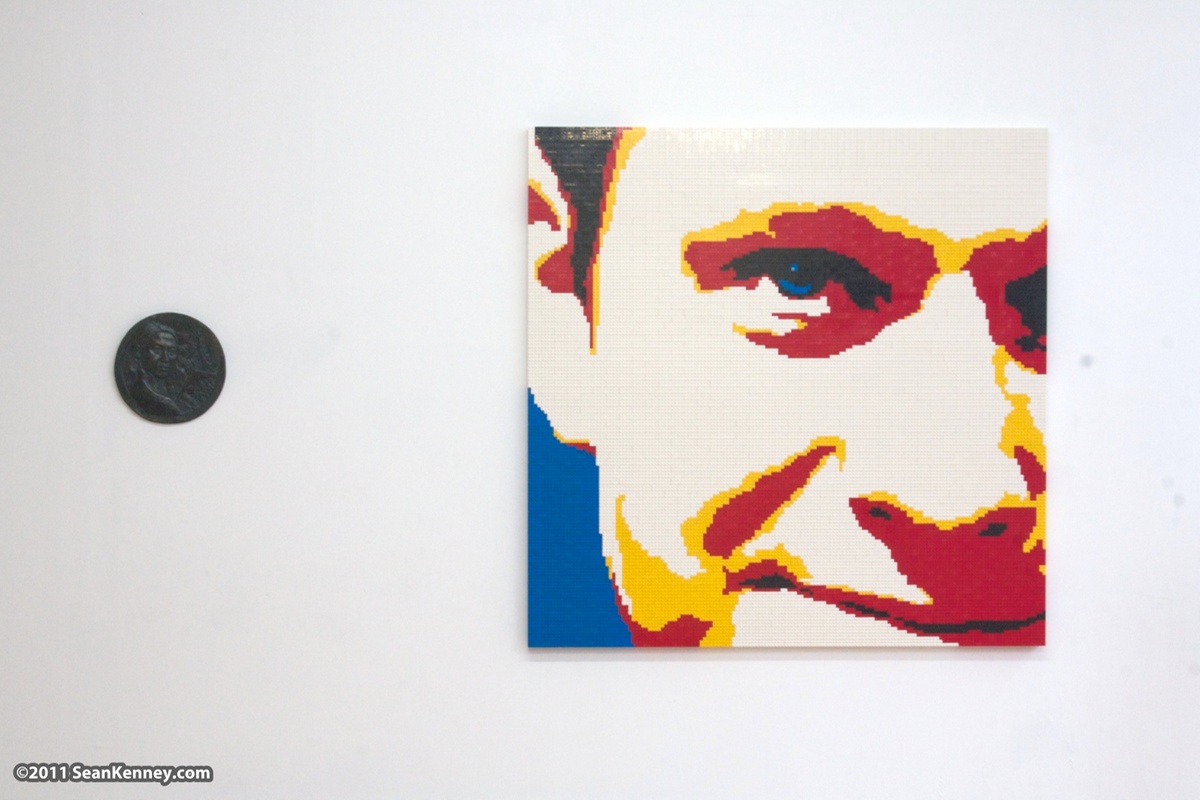 Arranged sculpture pairs included two life-size busts, two flat self-portraits, two maquette portraits, two reduced-scale human figures. My life-size bicycle, completed the previous week at a public event, centered the show as a reminder that everyone's creativity can come together for a great piece of art, no matter what medium. 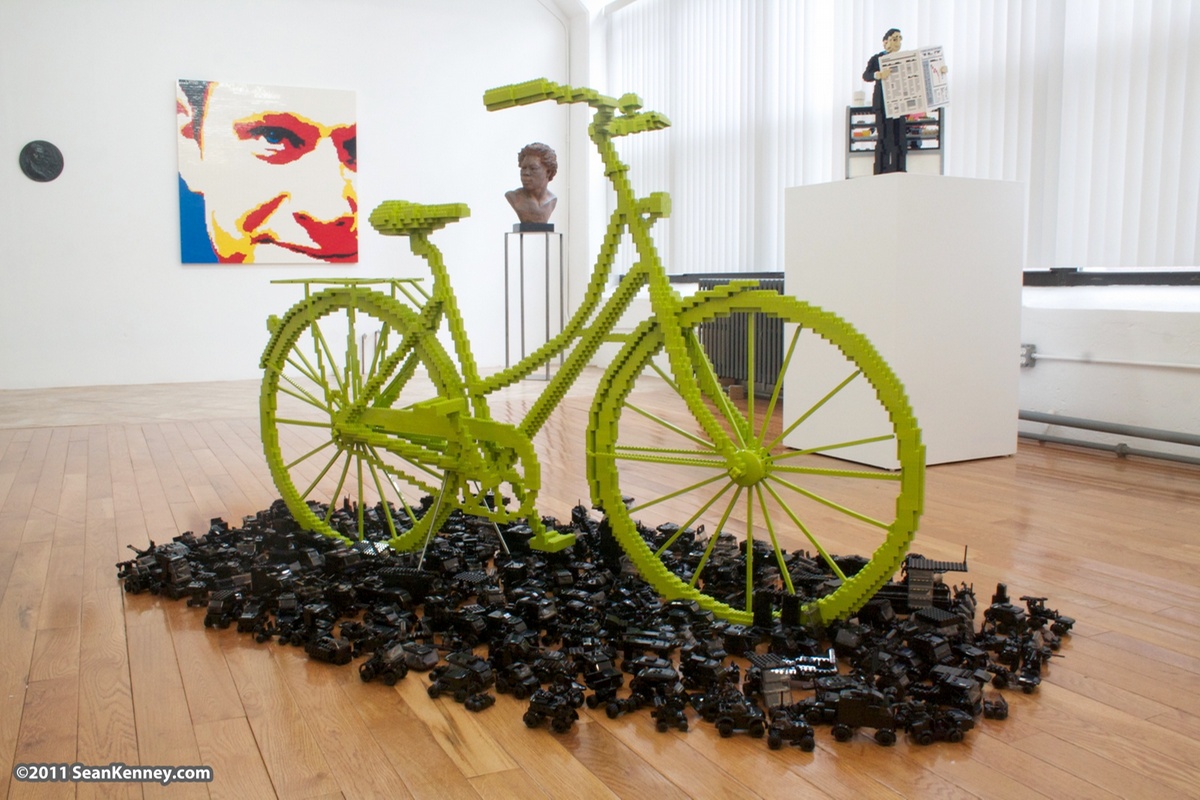 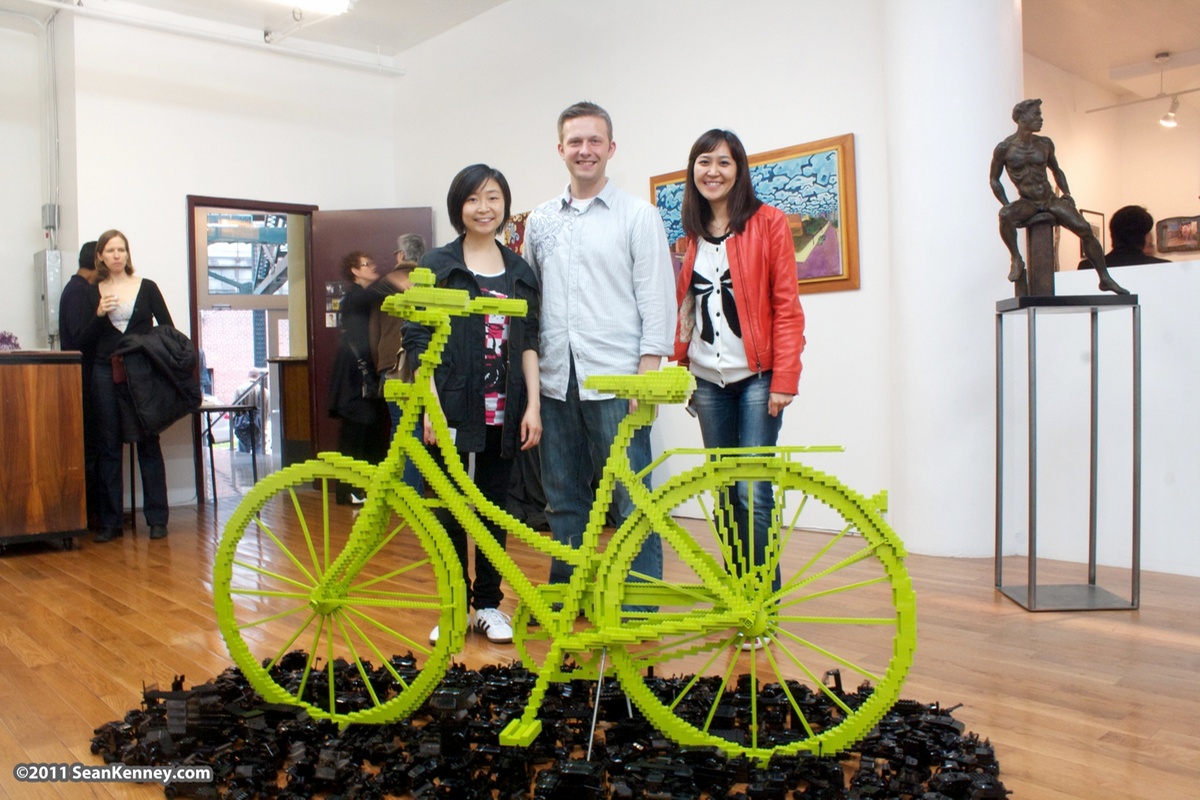 My art studio is normally closed to the public... but during this 2-day event, people could visit and see how I work. Ever wonder what a half-built LEGO sculpture looks like? Or how I sort and store over a million LEGO pieces? Wonder what I'm up to next? People got sneak previews, a behind-the scenes look at my work, and asked lots of questions about how I do what at do (and why!). If you missed it, check back next spring for details on our 2012 event. 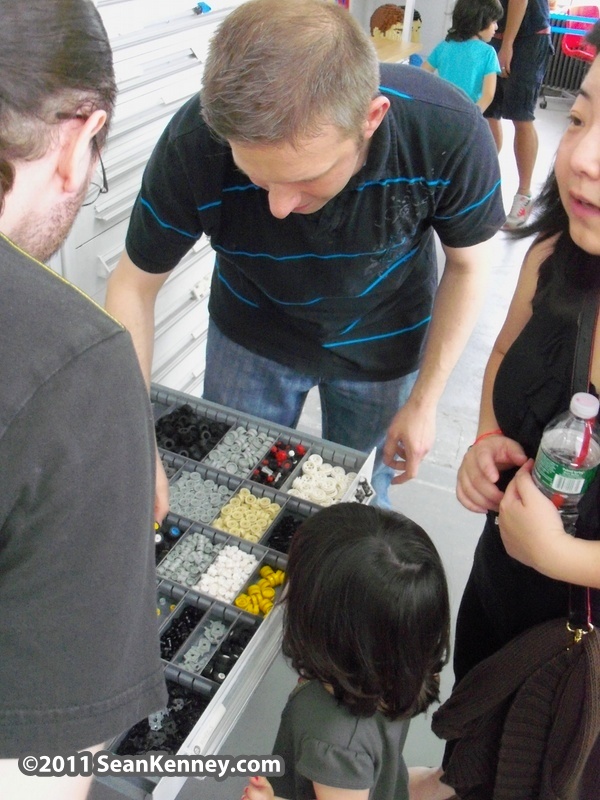 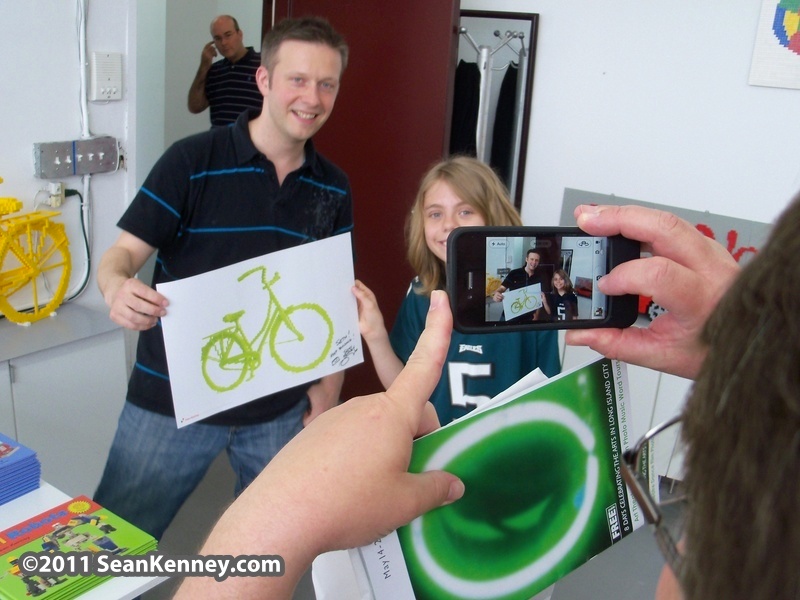 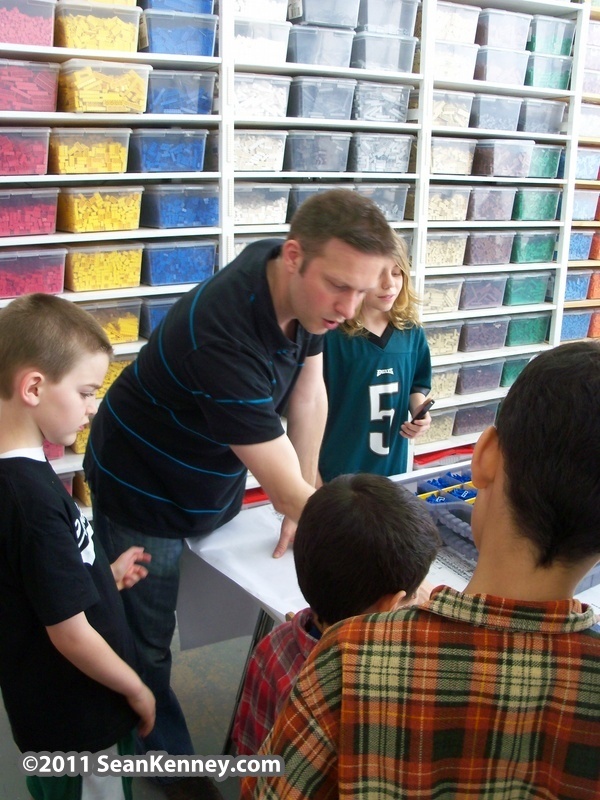 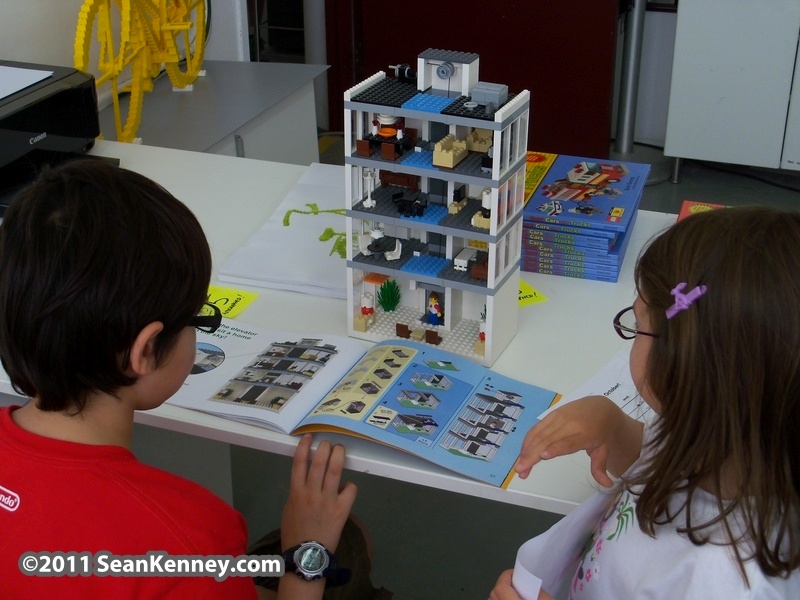 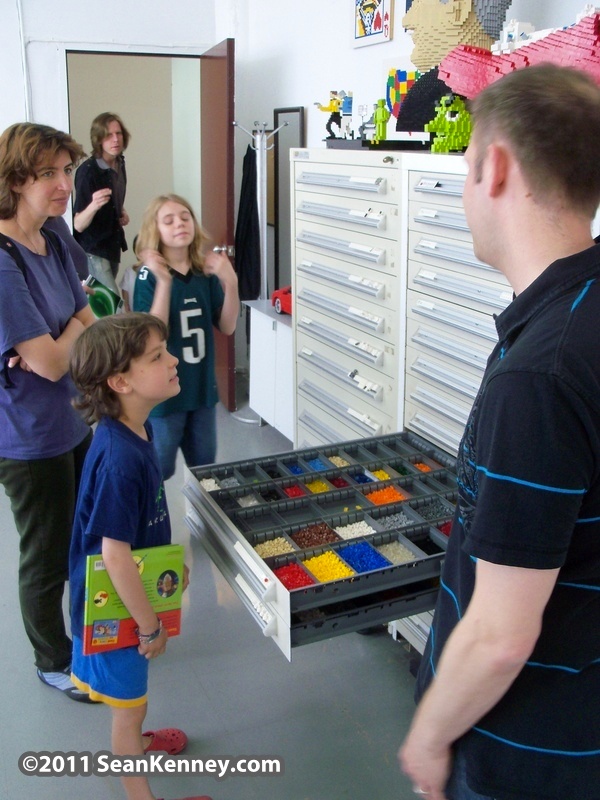 I also created a small mosaic of the show's logo which was sold at silent auction at the conclusion of the event. 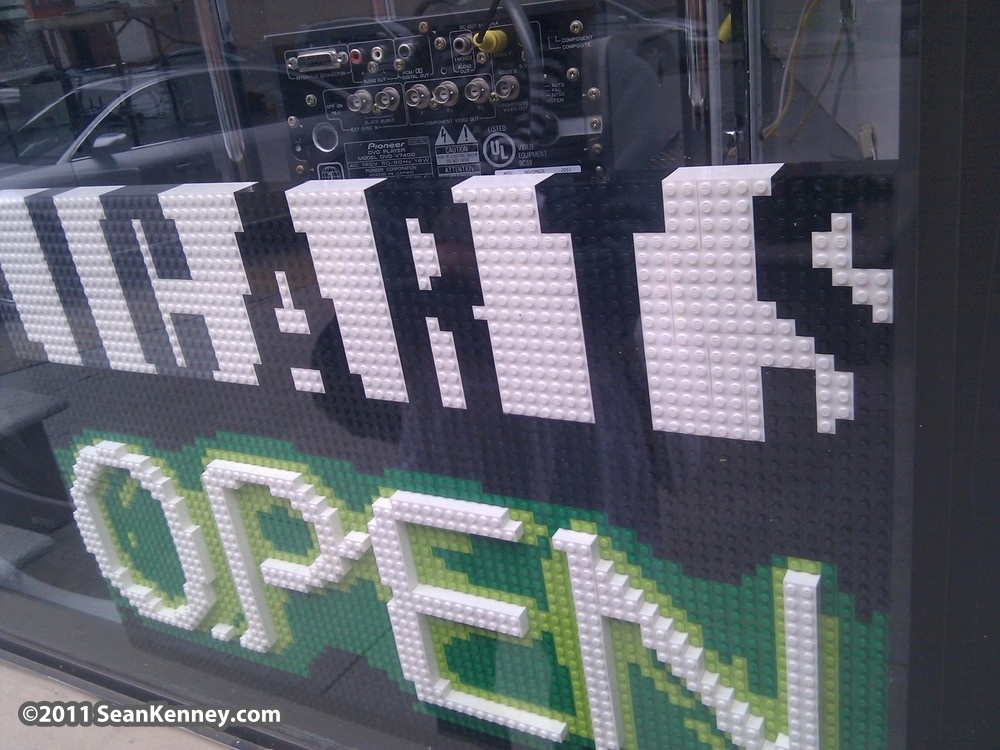 Visit Sean's exhibits
Work with Sean
More like this
Events
Public displays
Created in 2011
About the studio
Sean Kenney is a renowned, award-winning artist who uses LEGO pieces to design and create contemporary sculpture, travelling exhibits, childrens books, and commercial products.
Contact us